You are here: Home / Code of Ethics – Town Newport VT

On November 2, 2017 at a Select Board meeting in Newport Center, VT, resident Barry Sahagian took up a discussion on using intimidation at the meetings. Residents have complained over the years of being told to shut up, not allowed to speak at the meetings , ignored and threatened.

In June of 2017 Secretary of State James Condos got voted into law that a code of ethics has to drawn up every individual town in Vernont by 2019. Barry had decided get started right away using the first amendment rights to least get an awareness of the issues that should be on the Code of Ethics for Newport Town. Also to at least get the select board to agree that using intimidation in our municipality during meetings and other wise is unacceptable and to be aware of this mindfully and avoid or halt any behavior like this in the future. This was accomplished at this meeting.

Although not official at this time there is now an awareness of this issue and an agreement with the select Board to be mindful if and when this would occur in the future. 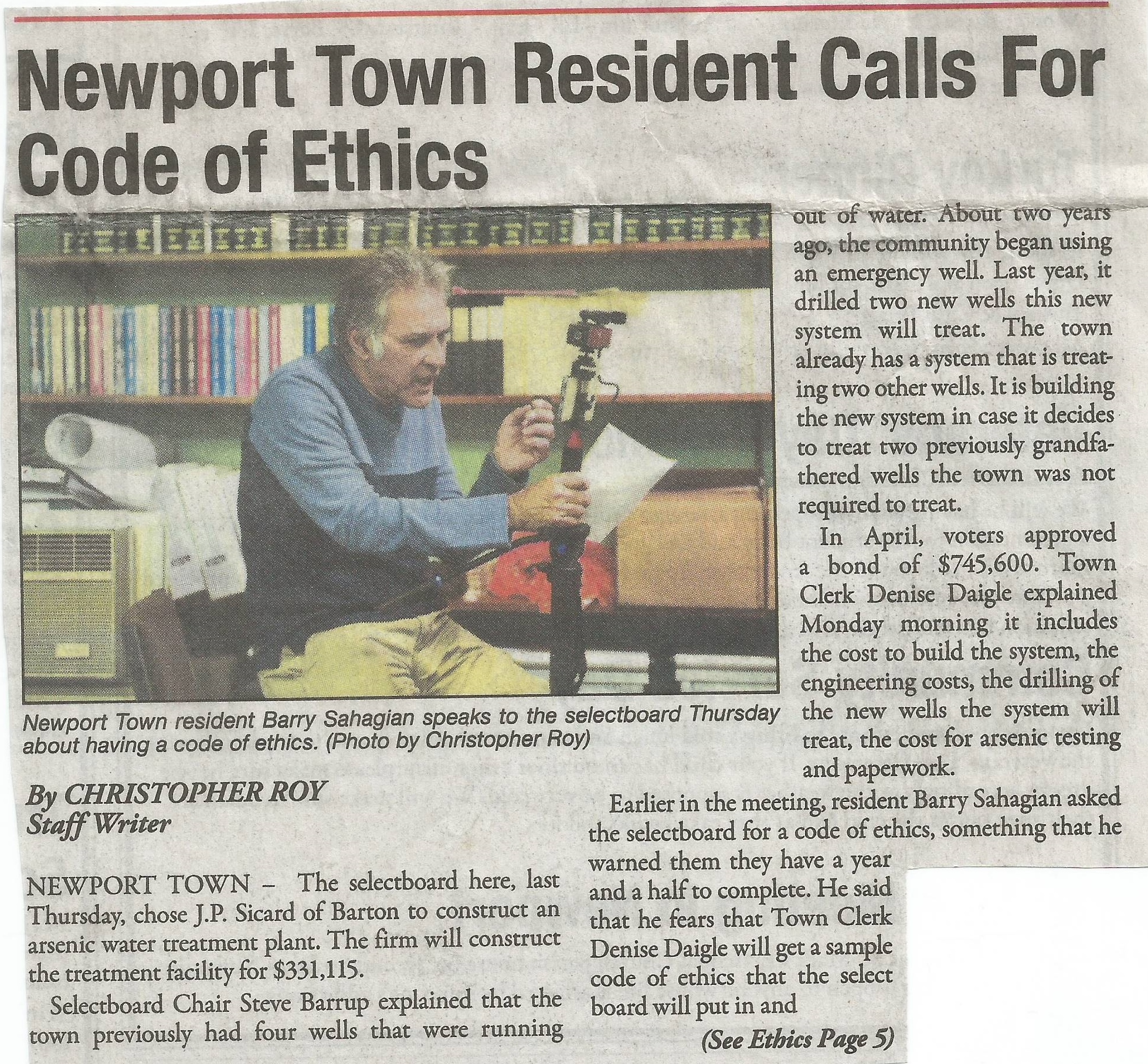 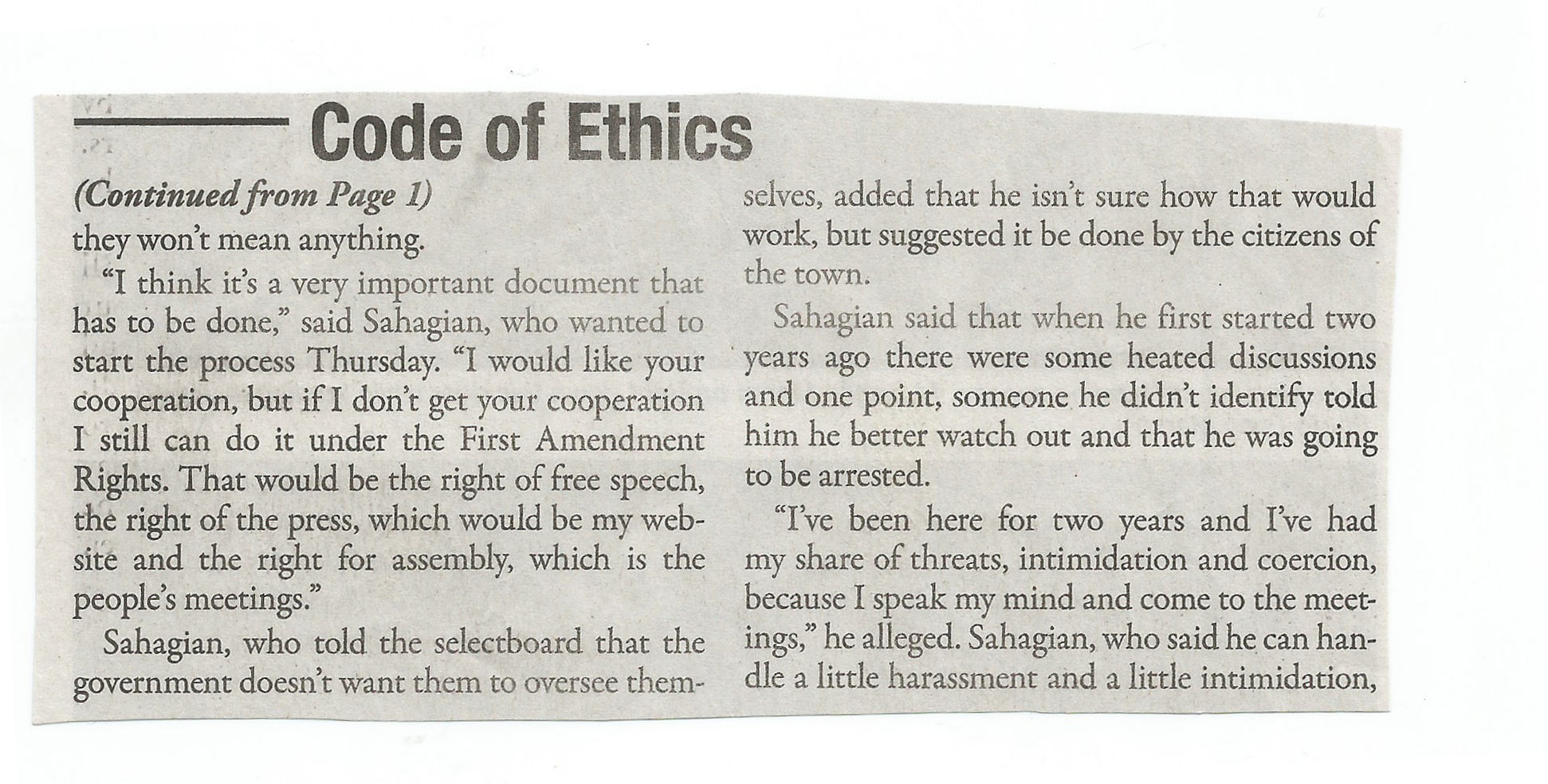 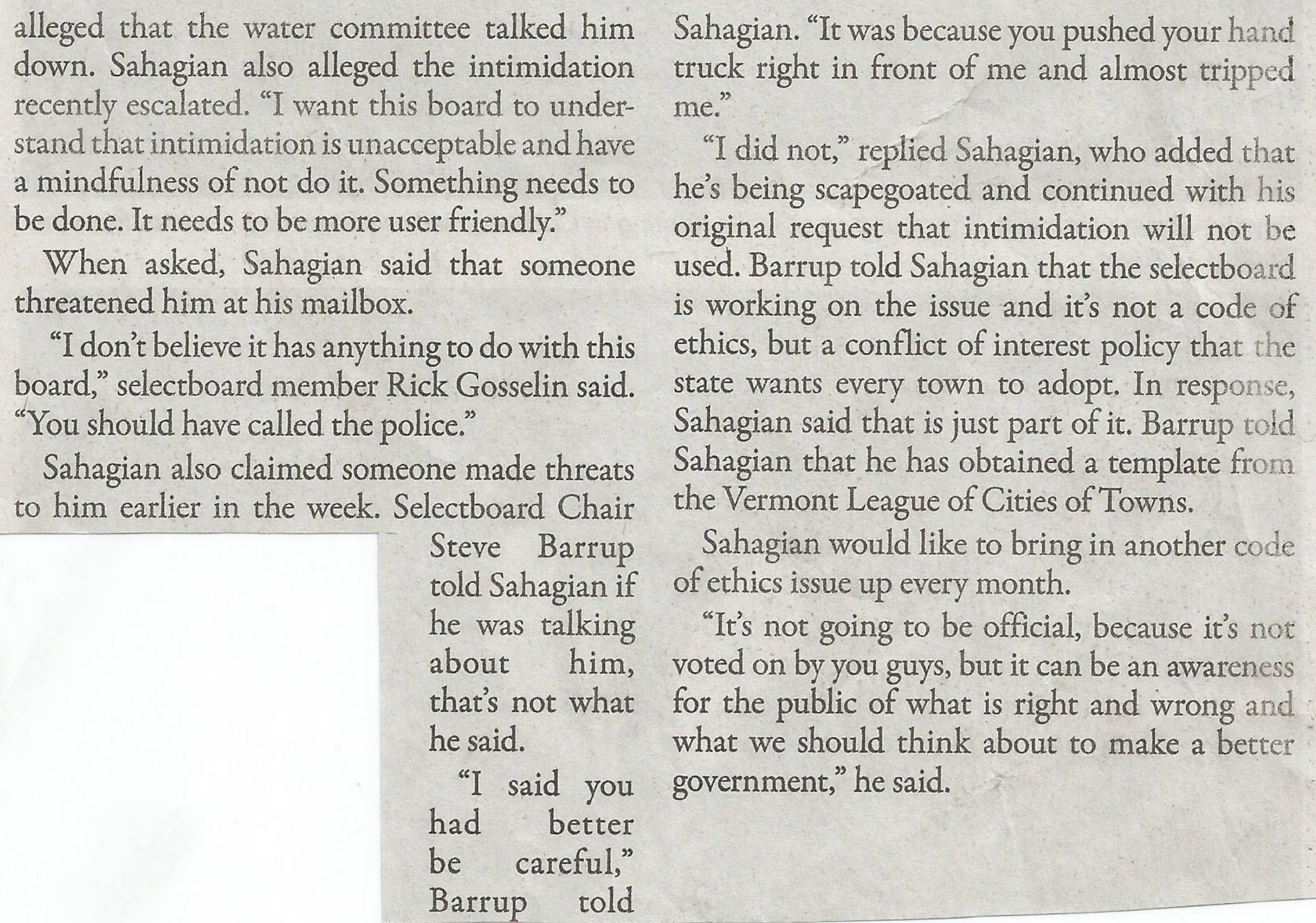